April 22, 2010
The Hanlons, Finnegans and Bradys  all found themselves in Stone City, Jones County, Iowa for the 1870 census.  John Hanlon, my great grandfather, (indexed as John Handlin) was listed as employed at the Stone Quarries with brothers-in-law Peter Finnegan and Andrew Brady.  I had searched for information on the mines at that time and all along, the history was right here in one of the monthly Palimpsests from the Iowa Historical Society.  This one was from May 1957 and contains some great pictures from Stone City: 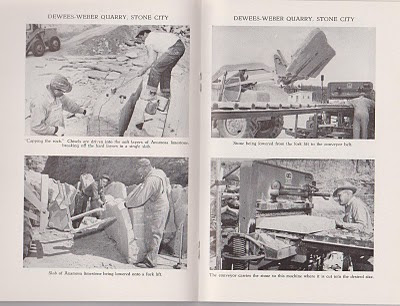 as well as this little history: 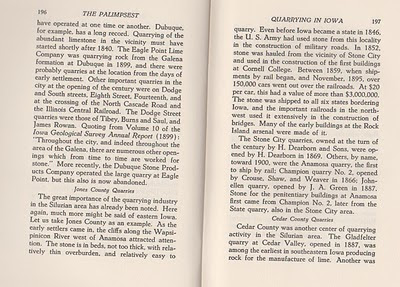 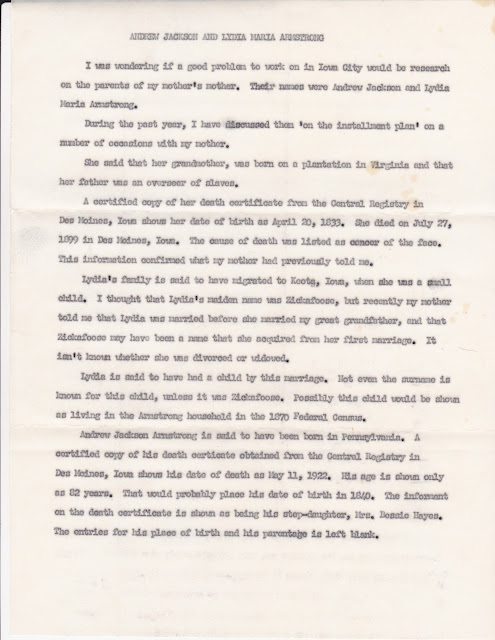 This is the research done by Mary Ellyn Brady Cooper (1927-2015). The paper was printed on vellum paper, so that is why it looks a tad blurry. 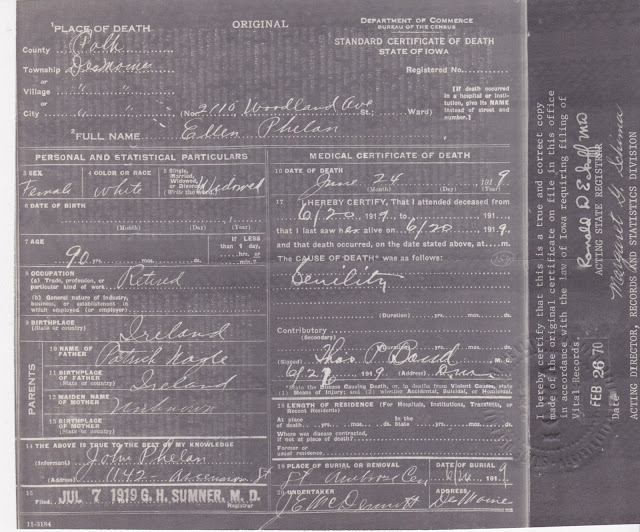 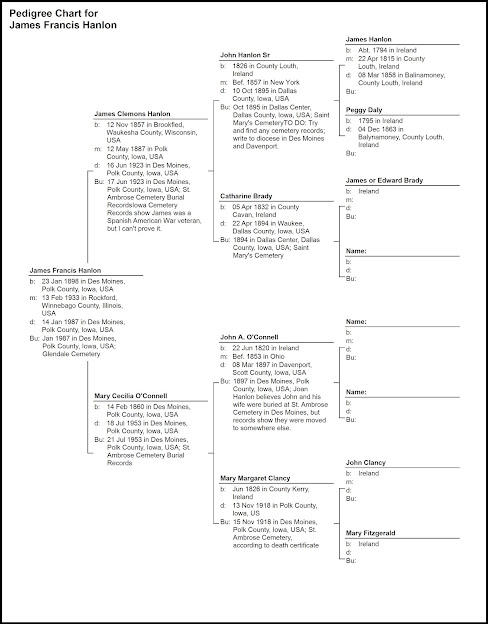 For my DNA Matches

Hopefully this page will help all those DNA matches who show up as cousins but do not have public trees or any tree. What follows are 3 pedigree charts. HANLON-O'CONNELL-BRADY-DALY-CLANCY-FITZGERALD Pedigree (my father's Irish line. . .100% Irish)  MILBURN-SEAMAN-ROSS-ATHERTON-McNUTT-LYNDE-SMITH ( my maternal grandfather's line. . .English, Scottish, Scotch-Irish) MORLAN-AWALT-OCKERMAN-JONES-TIPPS-ADAMS-DAVIS=BOUTMAN  (English, German, Dutch, and some unknown)(Awalt & Tipps are well documented DAR lines) Following these links will open a pdf  descendant chart for the oldest lines I can identify.   Hanlon   (Associated families: Finnegan, Boyle) O'Connell  (only 2 generations showing due to privacy of living people) Brady  Although I do not the parents' names, I do know most the siblings.  Any help would be appreciated on this line from County Cavan, Ireland.  (Associated families: Hickey, Partland, Maloney, Barr, Holland) Milburn (some branches